VANNI #artistroom is a space for VANNI’s projects connected to the art world, born from collaborations with artists, fairs, and contemporary art institutions. A free space where creative art and design meet, where fresh ideas and new perspectives on the world reign supreme.

VANNI #artistroom was born from VANNI's desire to keep the link with contemporary creativity alive and vibrant. Beginning in 2006-2008, #artistroom supported the first editions of Artissima (the international contemporary art show in Turin) and led to the creation of Autofocus, VANNI's international competition for emerging artists. Autofocus has given awards to over 40 young artists in the last decade, supporting them in their artistic journey, acquiring their pieces of art, and organizing more than 20 personal shows in VANNI Turin Showroom. In 2019 VANNI opened up a new phase of collaboration with Artissima, bringing artistic practice into the manufacture of the glasses. Today, the VANNI #artistroom award explores the possible contaminations between contemporary artistic genius and eyewear design.

Teresa Giannico wins the second edition of the VANNI #artistroom prize, awarded to the artist whose artistic research can offer an original look at reality, opening up, as a lens would, an unexpected and surprising horizon.
The artist is presented by the Viasaterna gallery, Milan.
The prize was awarded by an international jury composed of Bruno Barsanti, director of the Elpis Foundation, Milan, Marco Enrico Giacomelli, philosopher and journalist, and Letizia Schätzinger, journalist, for the artist's ability to achieve another form of painting through an expansion of the photographic medium and the digital image. Working with visual detritus from an archive that she constantly feeds, Giannico comes up with human and natural landscapes that, although not pictorial, take on an almost impressionistic quality.

The jury also decided to give a special mention to Silvia Hell for her ability to shift concrete data between different languages. In this way, scientific findings on environmental pollution complement the musical notes of a mechanical piano score, while a historical cartography is transformed into sculptures hovering between art and design. 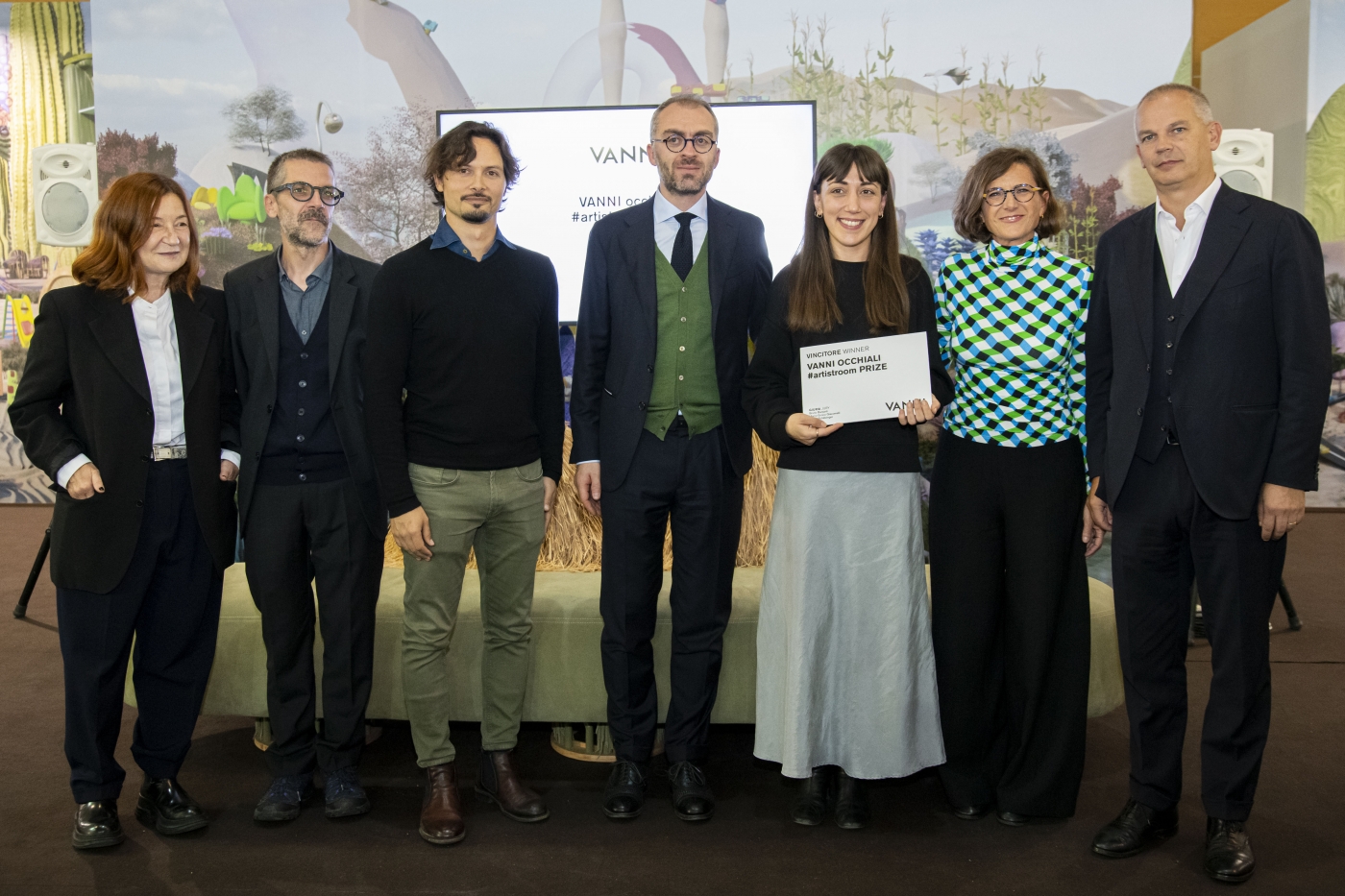 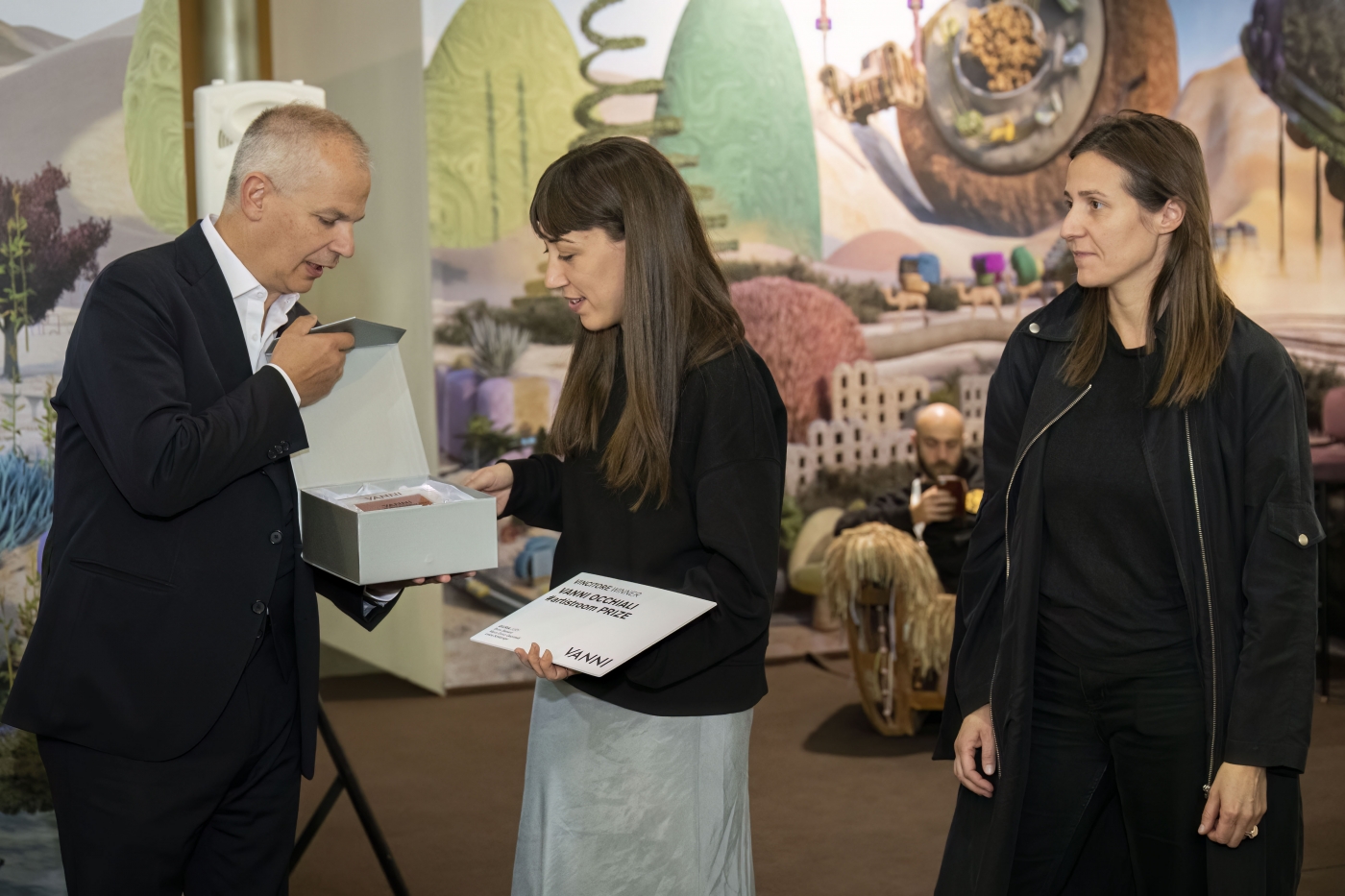 I BREATHE POETRY by Catalin Pislaru

Catalin, as a student wrote "I breathe poetry" on the door of his studio with a marker, it will become a dictum for him to follow, a point of reference for ongoing research. Year1988 and year2088 are the two models of glasses that suggest a retro-futuristic current, a metaphysical dialogue between the '80s and a possible future, the year 2088, a romantic conflict between past and dystopian future. 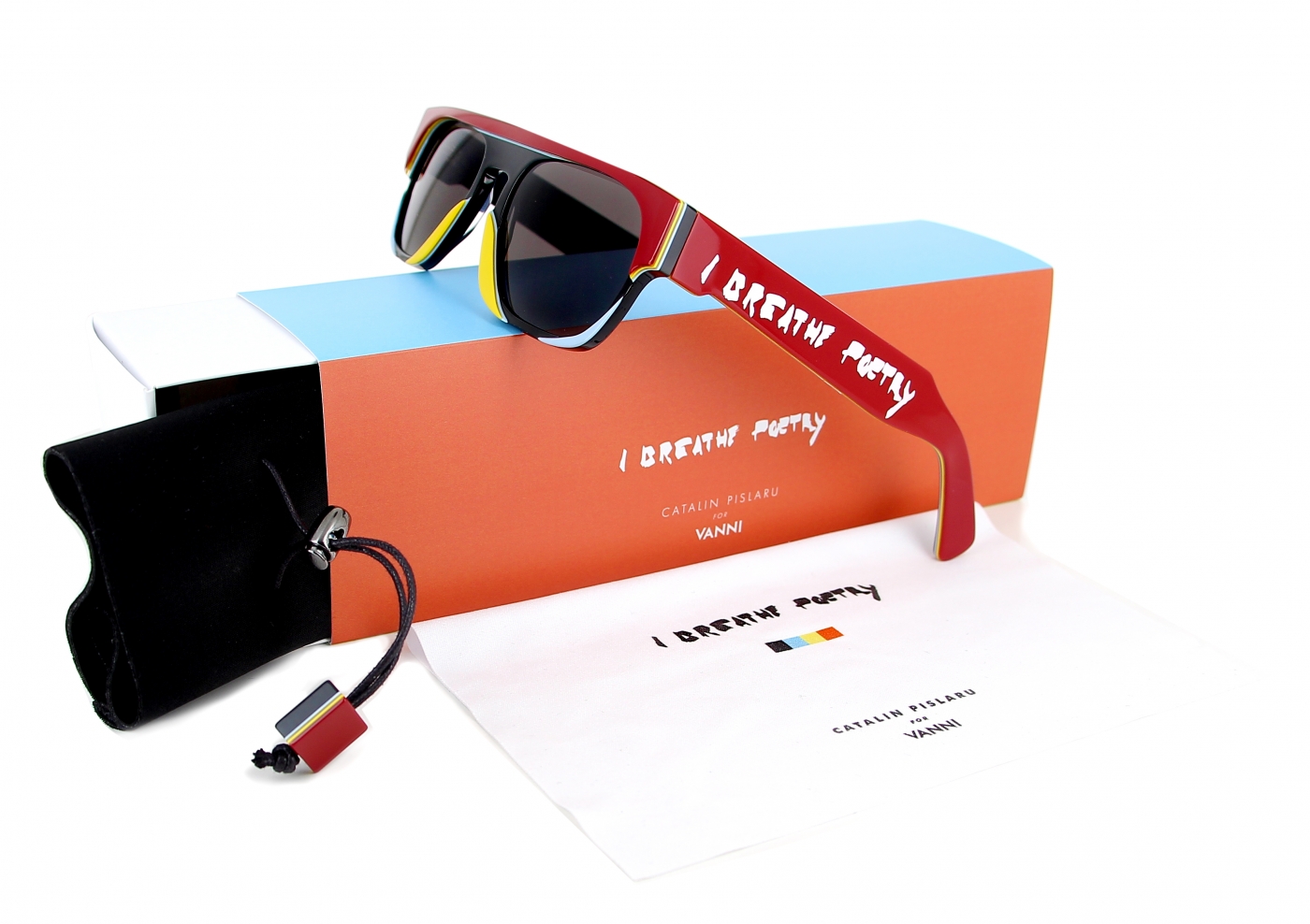 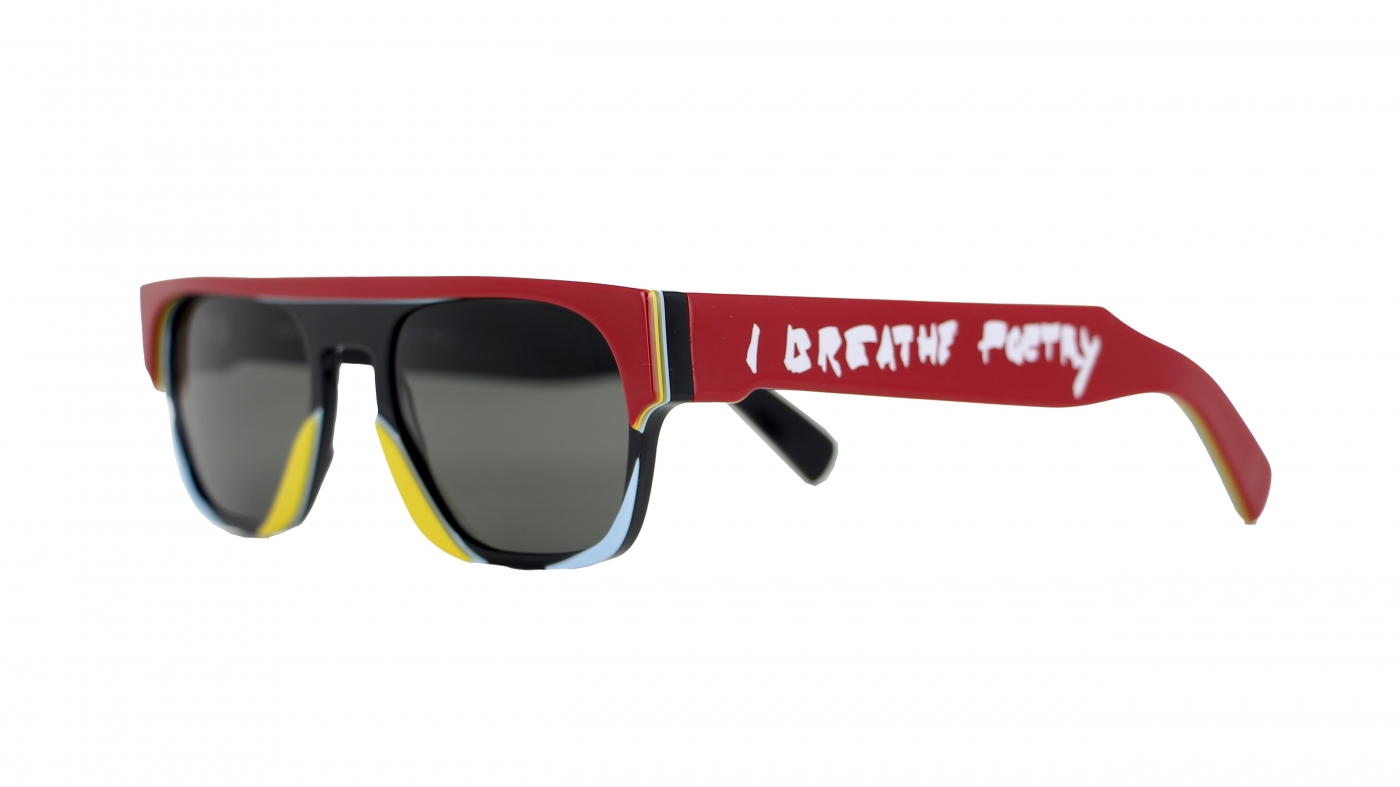 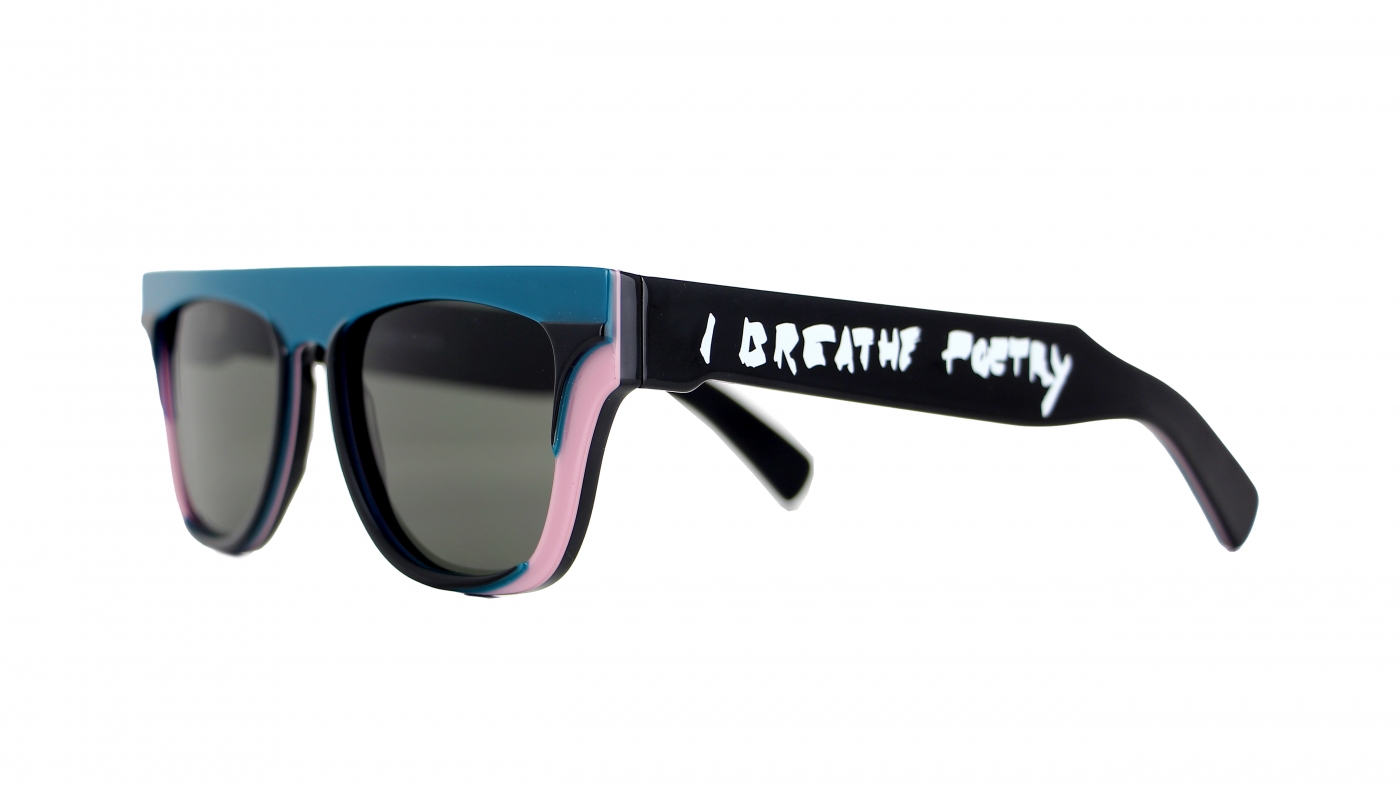 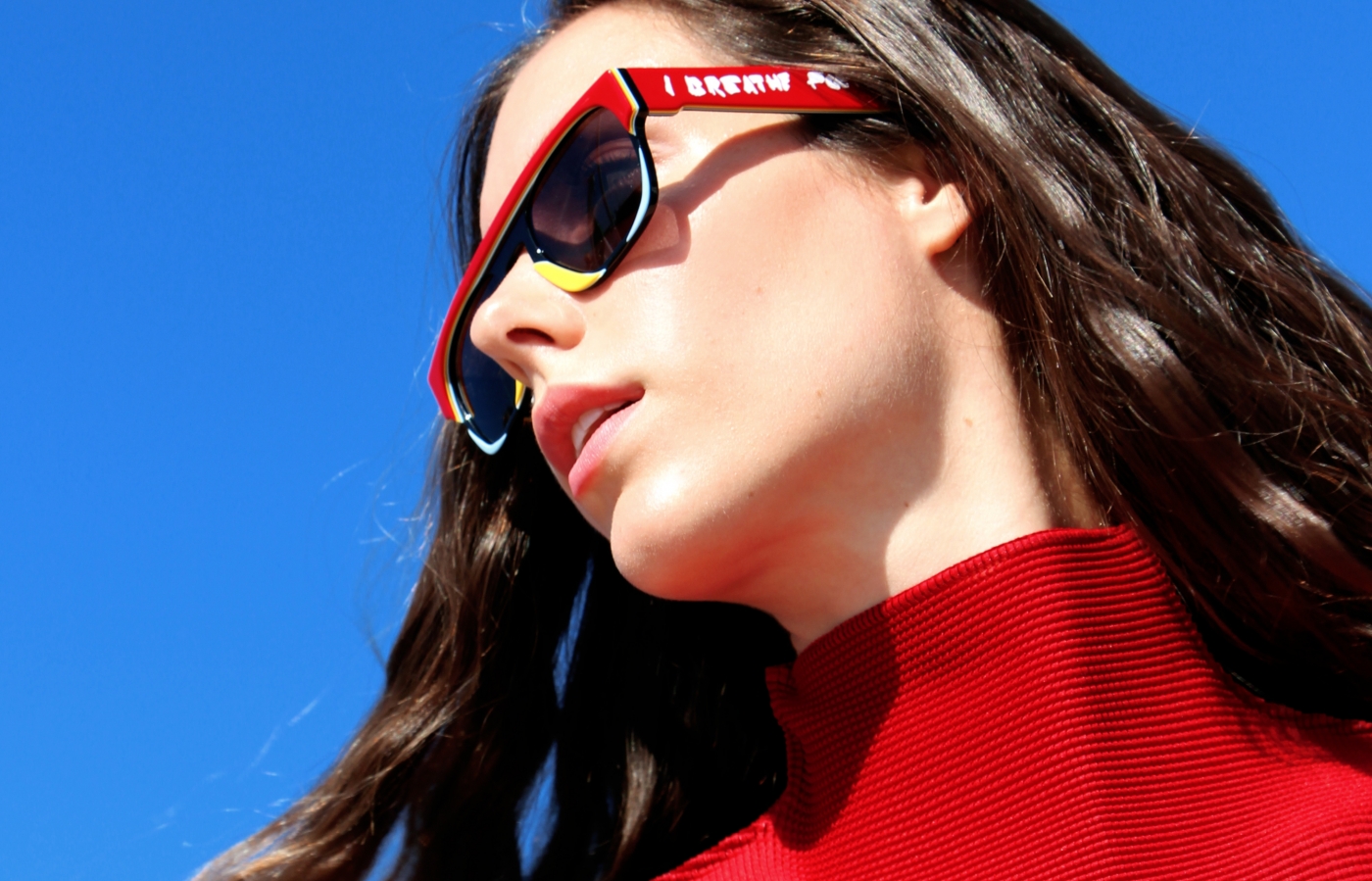 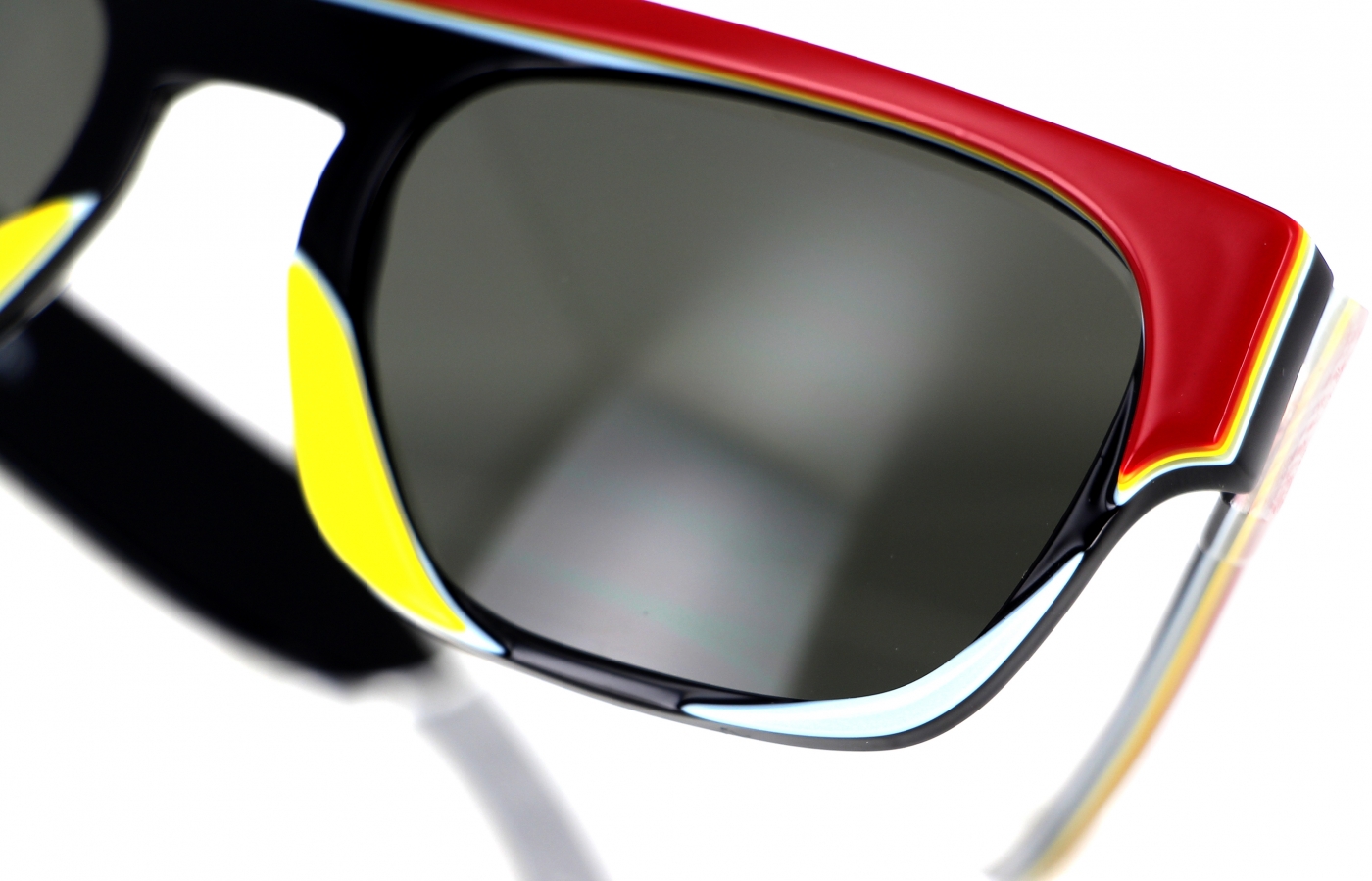 In 2019 the encounter between the originality of design and the visionary quality of art takes place on new territory, departing from the paths that have already been explored, and stepping into the realm of eyewear with CONCRETE by Cristian Chironi. Fruit of a collaboration with Artissima, the international contemporary art fair in Turin where the artists of the future are discovered, CONCRETE is the first capsule collection of artist designed eyeglasses that physically incorporates, through the productive dimension of VANNI, the universal energy of emerging artistic languages.

The glasses become, from this new perspective, not only a tool for vision but representations themselves of a unique point of view: the one-of-a-kind, unrepeatable reflection of the artist that tightens the bond with the world of design. His own personal artist room in the home of VANNI. 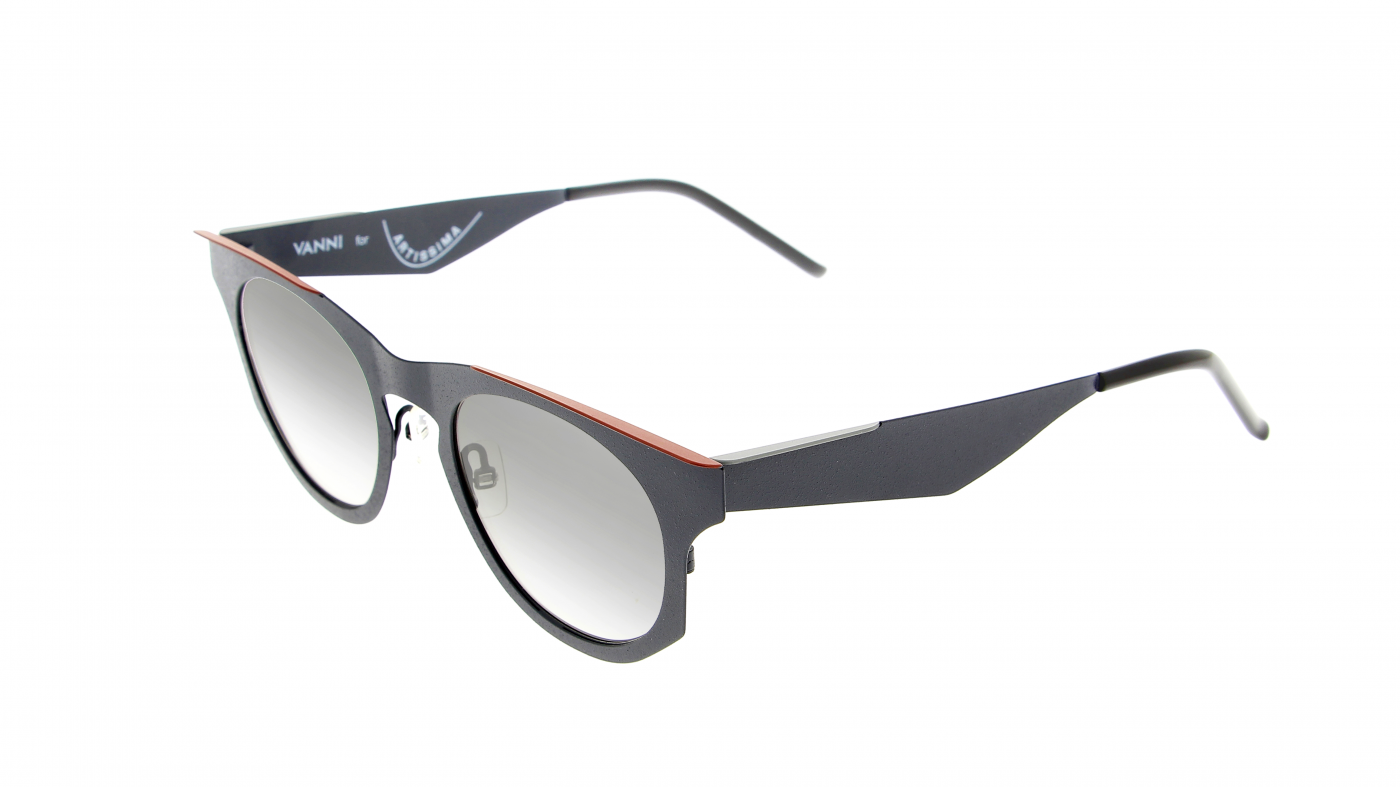 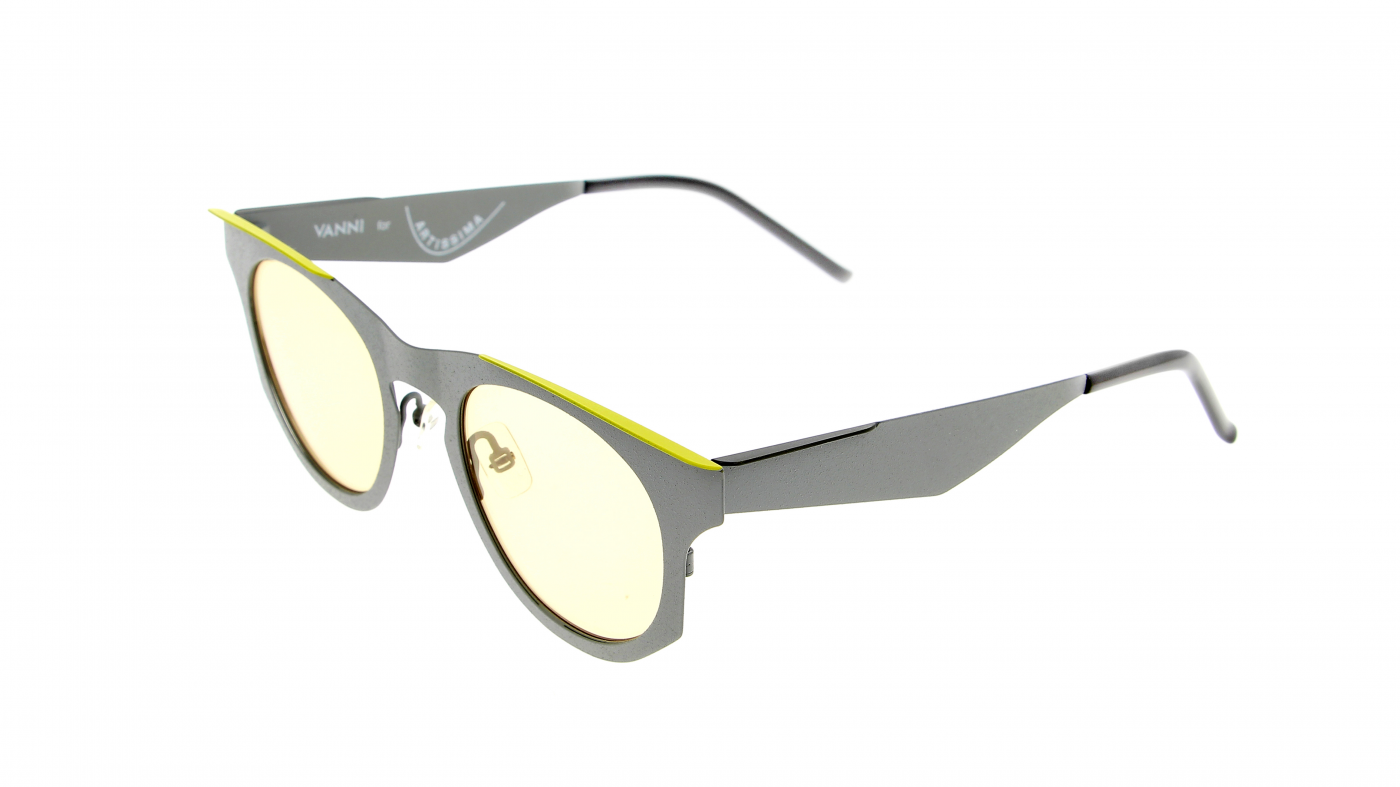 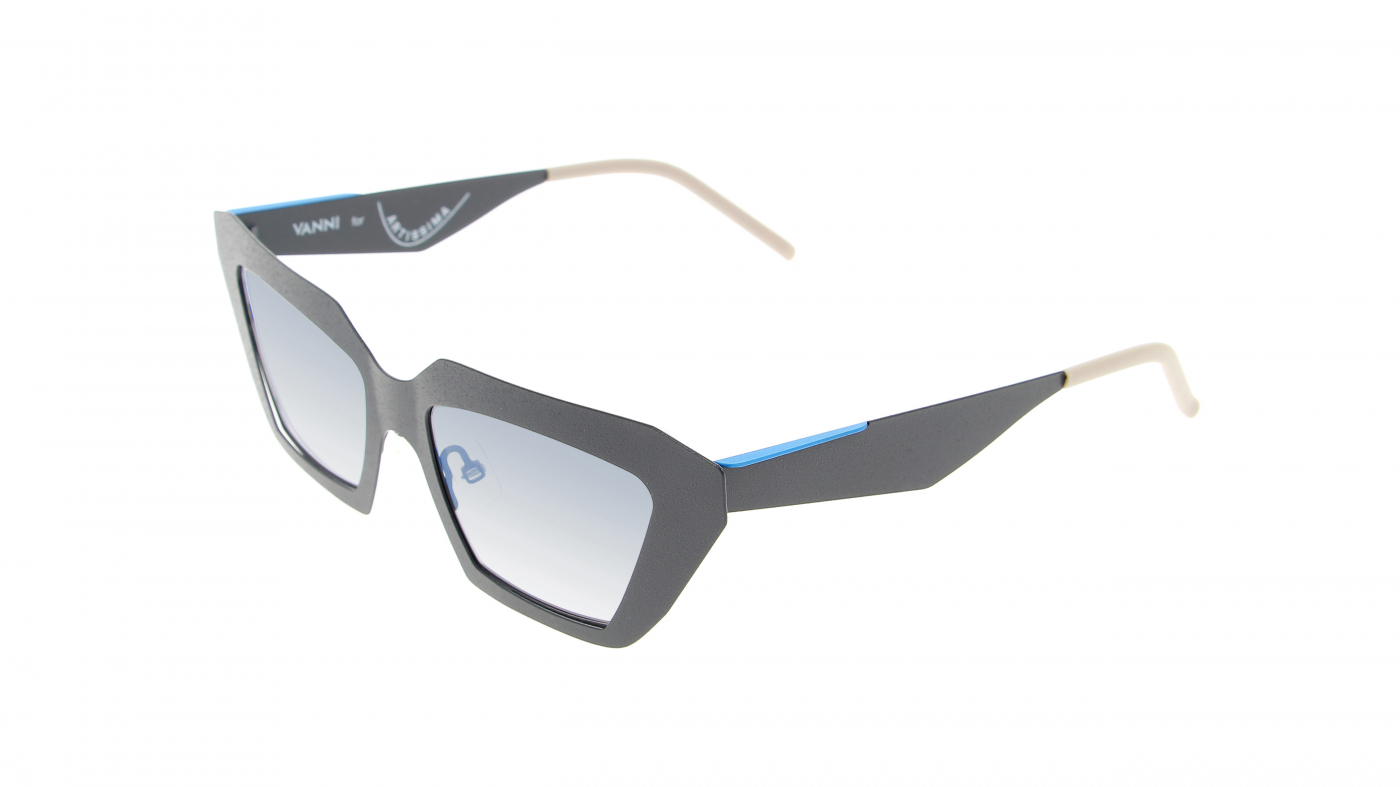 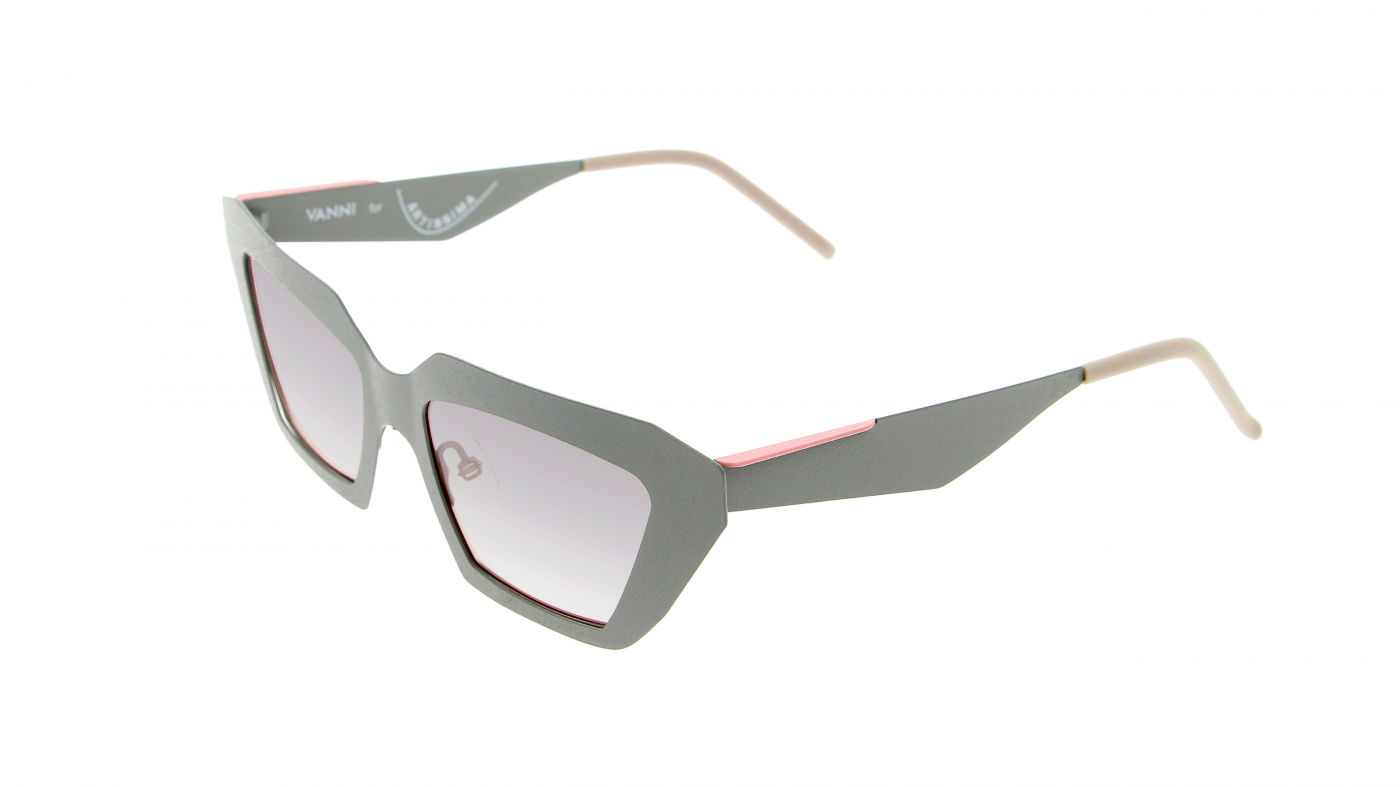 Autofocus 2009-2018. A decade of VANNI in art, an extraordinarily creative experience.We kicked off in 2009 with momentum and motivation, moved only by curiosity for the contemporary. Autofocus is the VANNI eyewear competition for emerging art that has awarded more than 40 artists and organized more than 20 personal shows, in a gallery that has grown from a portion of the showroom into a project-space entirely reserved for art.

As a company, to invest in emerging art for a decade was not an obvious choice, and not a marketing strategy. From the start, VANNI had the desire to create a free space from which to draw inspiration, gathering visions of the contemporary moment that would reflect the perspectives of new generations, in their irreverence, creativity, and vivacity, free from constraints and conventions.

Each of the Autofocus winners receives a catalogue and a purchase offer: purchases with which Vanni has bit by bit built its private collection, that today, displayed in the spaces of the company, represents the vitality of emerging artistic practices.